Ruby is a pure Object Oriented Programming Language. An object-oriented program consists of Classes and Objects. An object is an entity that serves as a container for data and also controls access to the data.

A class is like a blueprint that allows you to create objects and to create methods that relate to those objects. For example, you might use a Shape class to make different shapes like Rectangle, Square, Circle, and so on. An object is an instance of a class. 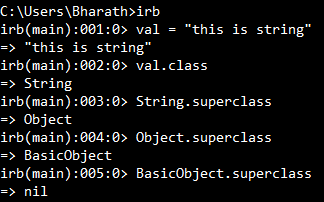 A class in Ruby starts with the keyword class followed by the name of the class.

Objects in ruby are created using the method new. new method belongs to the class Class.

This is the syntax for creating object. Here obj1 is the object name and Shape is the class name.

Another example of Class: 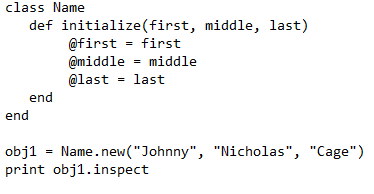 In the above program we have created a class named Name.

This is the output of the program: 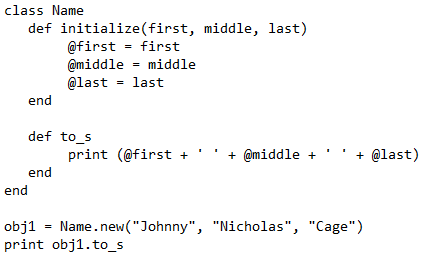 When we change the last line of program to print obj1. Here we are literally printing the object, let’s see the output after this change :

So, when the object is printed, the to_s method is called automatically. This method can be used to debug or test the code by displaying the state of the object at any particular time.

We can also write methods to allow us to examine a single field or attribute of an object. 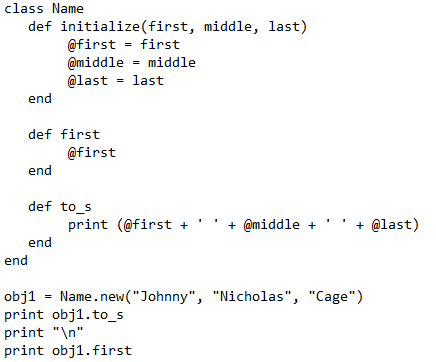 You have to define the method with the name of the attribute/field. Here we have created a method for the field first. The method is called using object name.

Likewise, we can examine each attribute of the object. We can do this in another simple way. 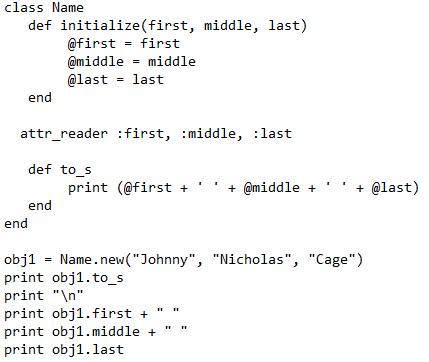 The attributes can be examined by the following statement attr_Reader :first, :middle, :last. This method returns the values of the attributes of the object which is printed using print method.

The output of the program is:

The attributes can be made writable / modified by the following statement: 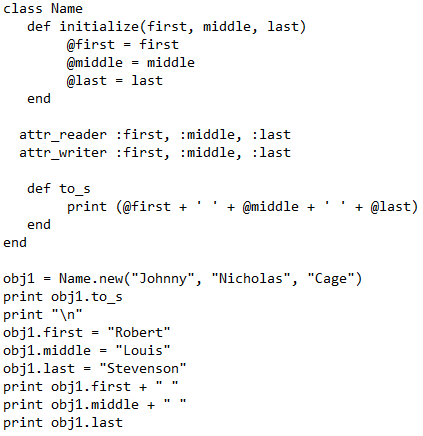 Here, we have modified the instance variables of the object obj1. The output of the program is :

Here, you can see that the first, middle and last values were modified and printed.