In this tutorial, we will cover the Axes class in the state-based interface (pyplot module) in Matplotlib Library.

The image's region with the data space is commonly known as Axes object. The flexible and basic unit for creating sub-plots is Axes.

This function is mainly used to create an axes object with argument.

Given below is a basic syntax of this function:

Let us take a look at the simplest example where we will use the axes() function:

The output for the same is as follows: 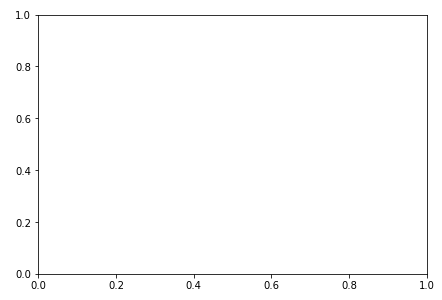 Explanation of the above example:

In the following section, we have member functions of axes class which are used to add different elements to the plot:

To add a legend to the plot figure the legend() method of axes class is used.

Below we have a basic example where we will use legend() method:

The output for this code is as follows: 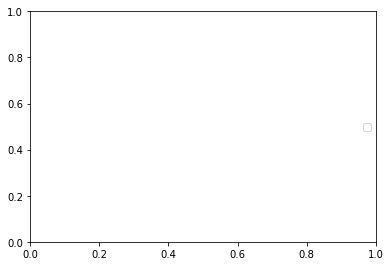 If there is a need then you can also add the axes object to the figure by just by making a call to the add_axes() method (thus it is an alternative method).

This method will return the axes object and adds axes at position [left, bottom, width, height] where all these quantities are in fractions of figure width and height.

let us cover an example using this method:

The output for the above code example is as follows: 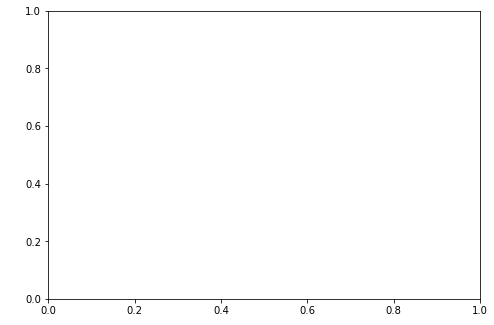 It is the most basic method of the axes class that is used to plot values of one array versus another as lines or markers.

This method can have an optional format string argument which is mainly used to specify color, style and size of line and marker.

To specify colors we will use color codes:

To specify style of marker we will use this:

Various line styles you can use are as follows:

X: This parameter denotes the x-axis.

Y: This parameter denotes the y-axis

Let us cover an example for the above-explained function:

The output for the above code snippet is as shown below: 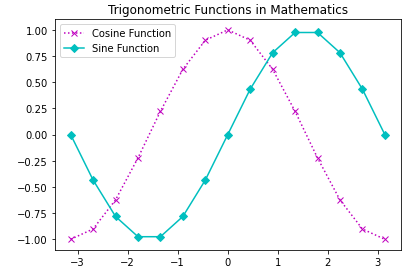 In this tutorial we covered the matplotlib Axes class and how to use it with code examples and outputs. We also covered various different functions of this class and how they can be used.