In this tutorial, we will cover what are grids in a figure, and how it be customized using the grid() function in the Matplotlib.

In any chart or graphical representation of any set of data, grids are made so that you can better understand the whole graph/chart and relate the points on the plot with the scale values, as there are grid lines in the background. Grid makes the inner part of a graph/chart basically made up of intersecting lines either straight (vertical, horizontal, and angular) or curved lines that are mainly used to represent the data.

This function is basically used to create the grid.

Below we have the basic syntax to use the function matplotlib.pyplot.grid() function:

Let us discuss about the parameters used in this function:

Let us take a look at an example where we will create a grid in the graph:

The output for the above code snippet is as follows: 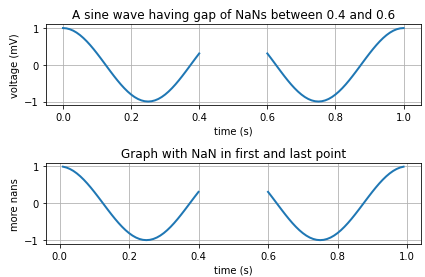 In the function above, all we have done is added the plt.grid(True), which shows the grid in the final graph.

Now in the example given below, we will show you how to use various options to customize the graph:

The output for the above code will be as follows: 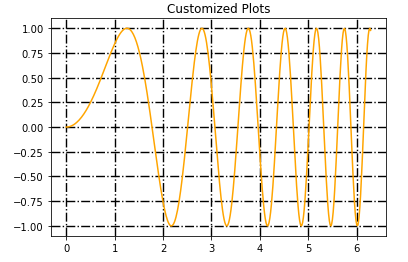 In the above figure, you can see the grid lines are made of -. which we have specified using the linestyle parameter, the width of line is specified as 1.4 which controls the width of the line. We have also specified the plot color to be orange, which we can see in the output.

The grid() function can be used to make better grids in your graph. You can try different styles, color and width for grid lines to make your graph visually better.