In this tutorial, we will cover an introduction to the Jupyter Notebook in which we will create visualizations using Matplotlib module and we will also cover the main features of Jupyter Notebook.

Jupyter Notebook is an open-source web application with the help of which one can create and share documents containing live python code, visualizations, and code explanation.

Let us discuss the features of Jupyter Notebook after that we will discuss how to launch it and use it with Matplotlib library:

Let us start with the Jupyter notebook. Firstly you need to open Anaconda navigator (that is a desktop graphical user interface included in Anaconda allowing you to launch applications and easily manage the Conda packages, environments, and channels without using command-line commands).

Now search Ananconda Navigator on your machine(you should install it in advance if you want to use Jupyter Notebook - https://docs.anaconda.com/anaconda/navigator/install/): 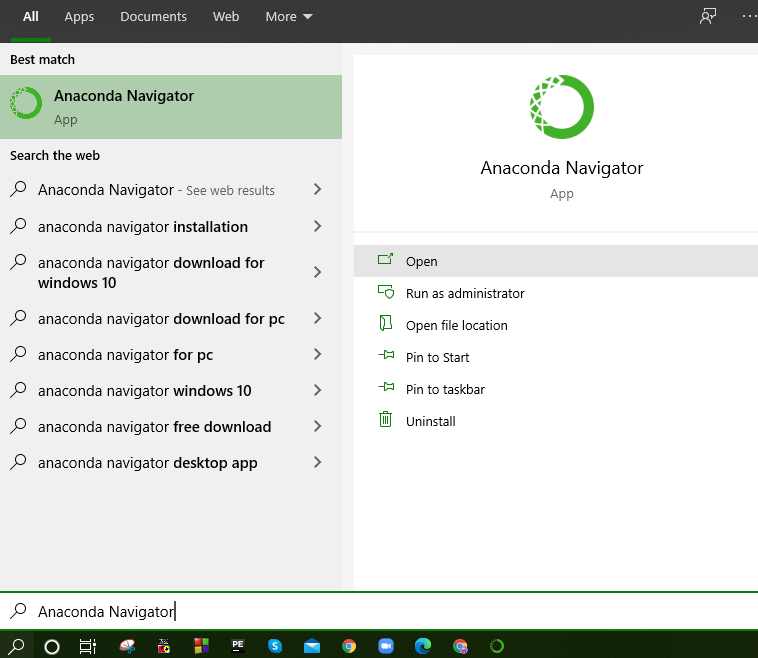 After opening the Anaconda Navigator you will see the installed components in its distribution. Let us show you: 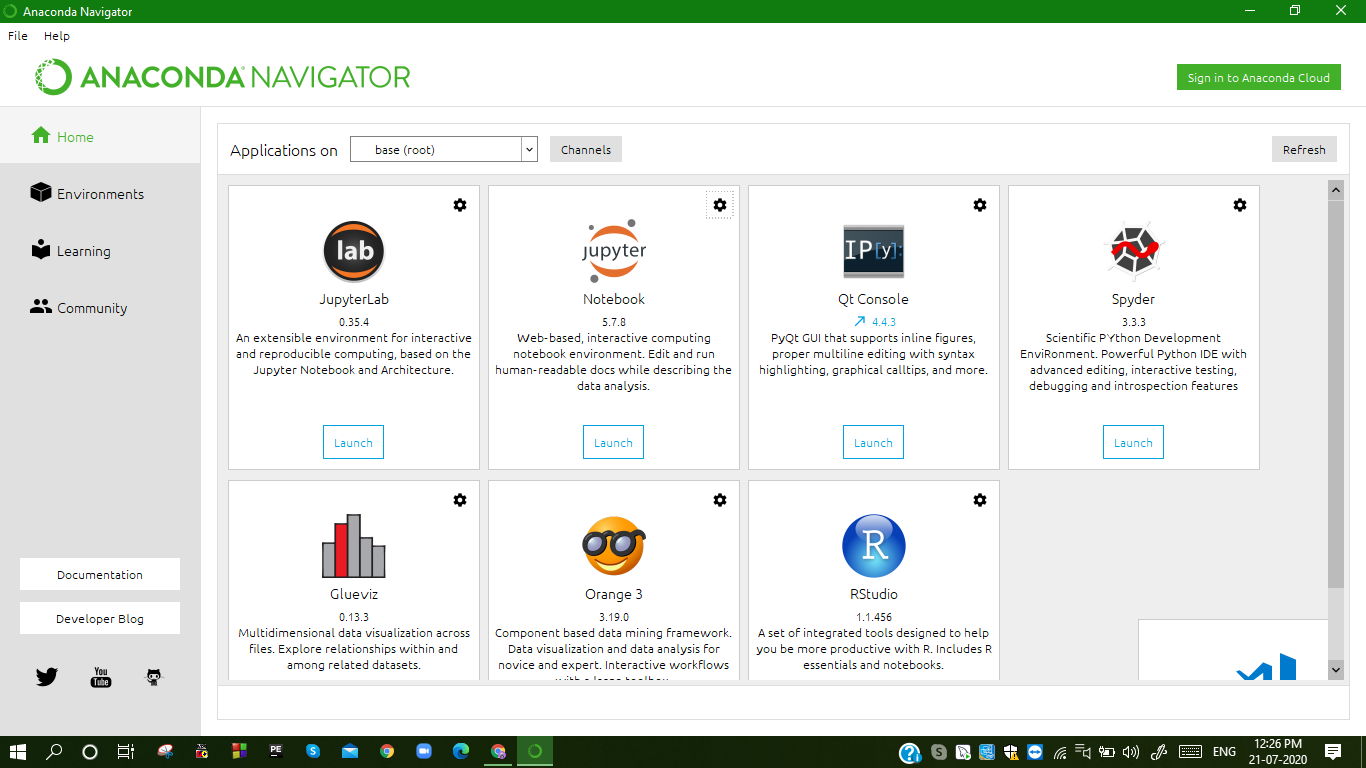 As we have mentioned in the above points that Jupyter Notebook runs via a Web Server.

After launching you will see this:

if you want to start by making a new notebook where you can perform your task easily, you can easily do this just by clicking on the "New button" in the "Files tab".

There you will see many options like a terminal, to make a regular text file, to make a folder, last but not least you will also see the option to make a Python 3 notebook. Let us show you a pictorial representation for your clear understanding: 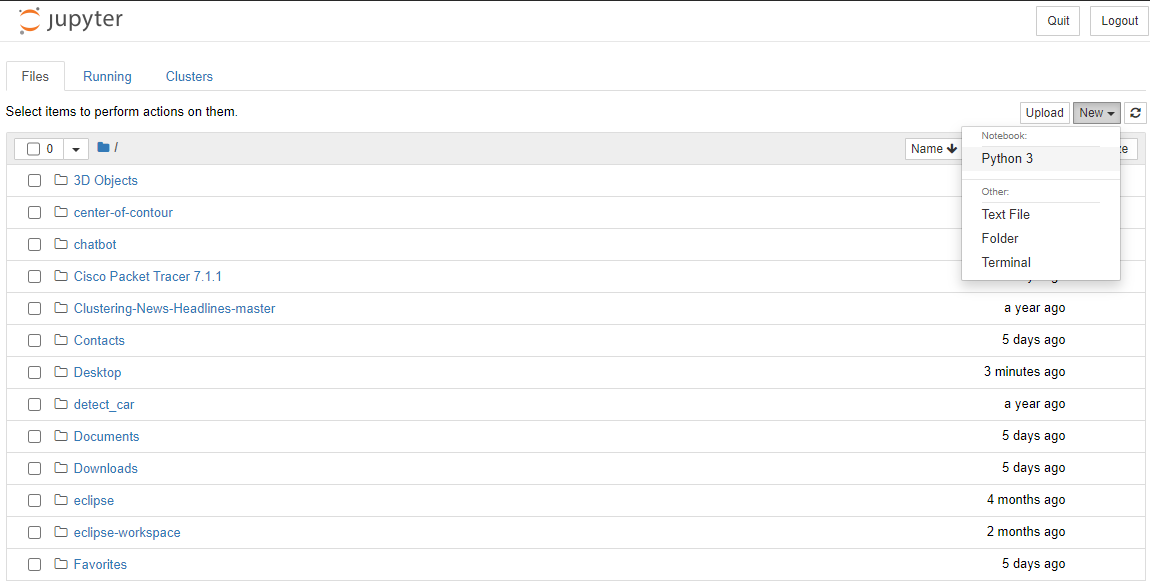 In this tutorial we learned how to install Jupyter Notebook, how to use it and other details about Jupyter notebook. We are covering about the Jupyter notebook because we will be using it with the Matplotlib module for plotting and visualizations.