In the last tutorial we have already seen how to create the game components and objects and adjust their position, color and size, which was like laying foundation for our maze game. Also we have worked on adding a new material which helps in adding color to the objects.

In this tutorial we will learn how to move the ball and add cubes as obstacles and let the ball pass through them.

So the idea is to create a maze with a ball which has to cross the maze. Sounds simple? Well then let's continue.

Now it's time to add obstacles to our game, using the 3D cubes. 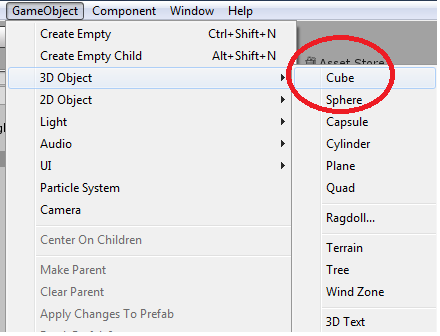