As you have already seen and understood the setup for the ball movement and setting up of obstacles in our previous two tutorials, it's time to combine everything together and shape it into a Maze game.

As you all know, a maze is a structure surrounded by walls with numerous paths and passages, making it difficult for anyone to pass from one end of the maze to the other. Just like the actual maze, in this tutorial, we will develop a game which will have big walls as border and small internal walls to create confusion for the player.

In our game we will use the ball movement concept which we created in Part 1 and Part 2 of this tutorial and in addition, the ball will have to pass through the walls, exploring the correct path from starting location to the end point using the keyboard cursor to move the ball.

Follow the below mentioned steps to create your simple maze game. So let's begin: 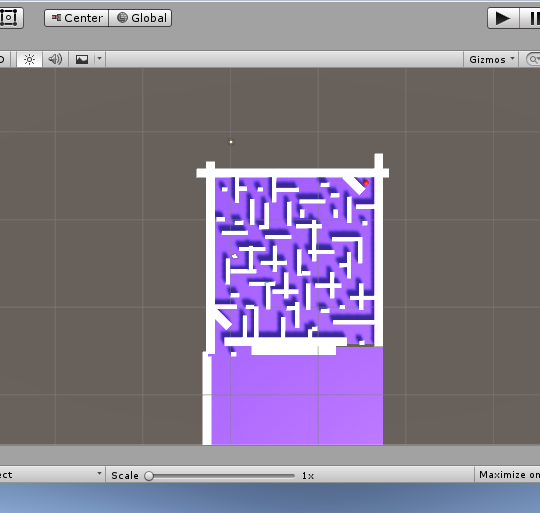 As we have already covered how to add audio to Unity, you can add any music or sound effects to this game. In the next tutorial, we will develop another new mini game project involving solar system animation.