You must be pretty excited to get started with making games! Let's not wait any further, and fire up Unity. The first thing you should see, after the splash screen, is this: 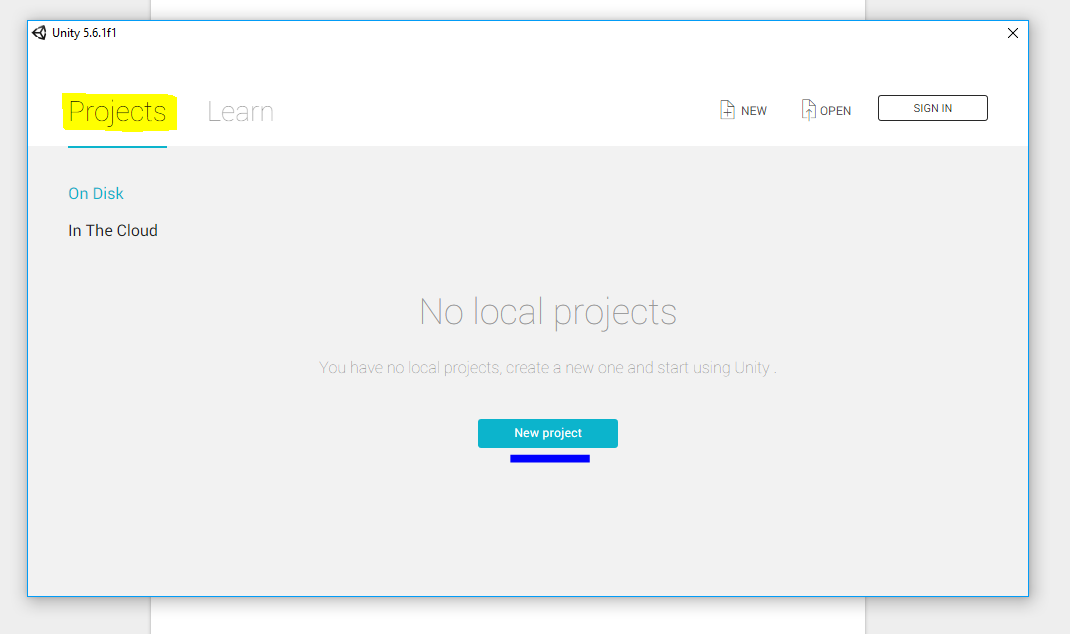 If you see this screen, simply click on the Projects tab on the upper left. Click on New Project and you should see the following screen. 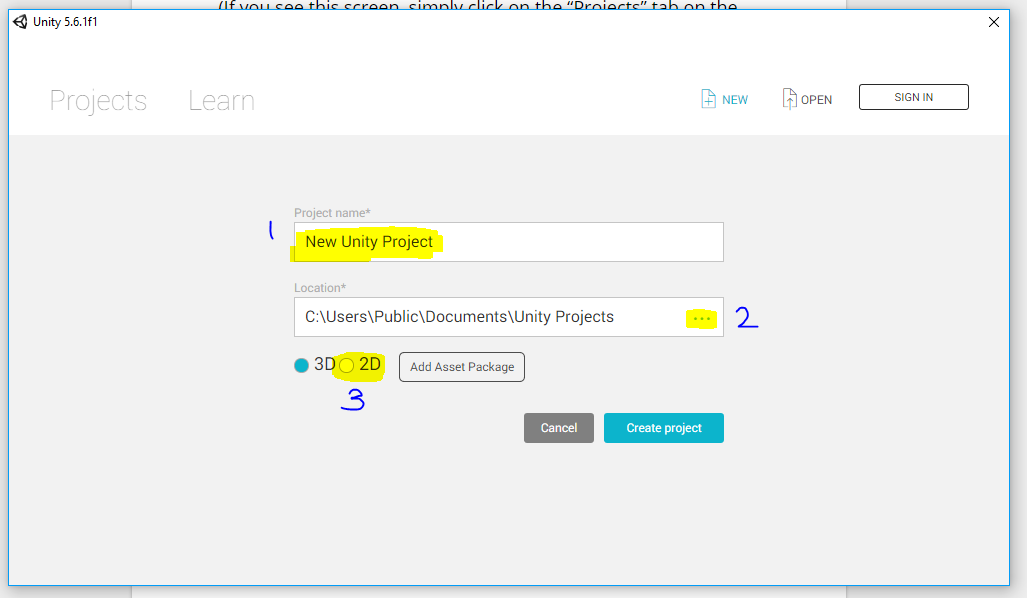 You can give your project a name by entering it in the field marked 1 and you can choose where the project is stored on your computer by clicking on the three dots marked 2.

Now, since we'll be dealing with 2D game design in this series, we'll go ahead and click on the radio button saying 2D at the field marked 3. This informs Unity that we want to work on 2D games, so it sets up our base project accordingly. Click on the button Create Project, and let's roll! We're making our first game. 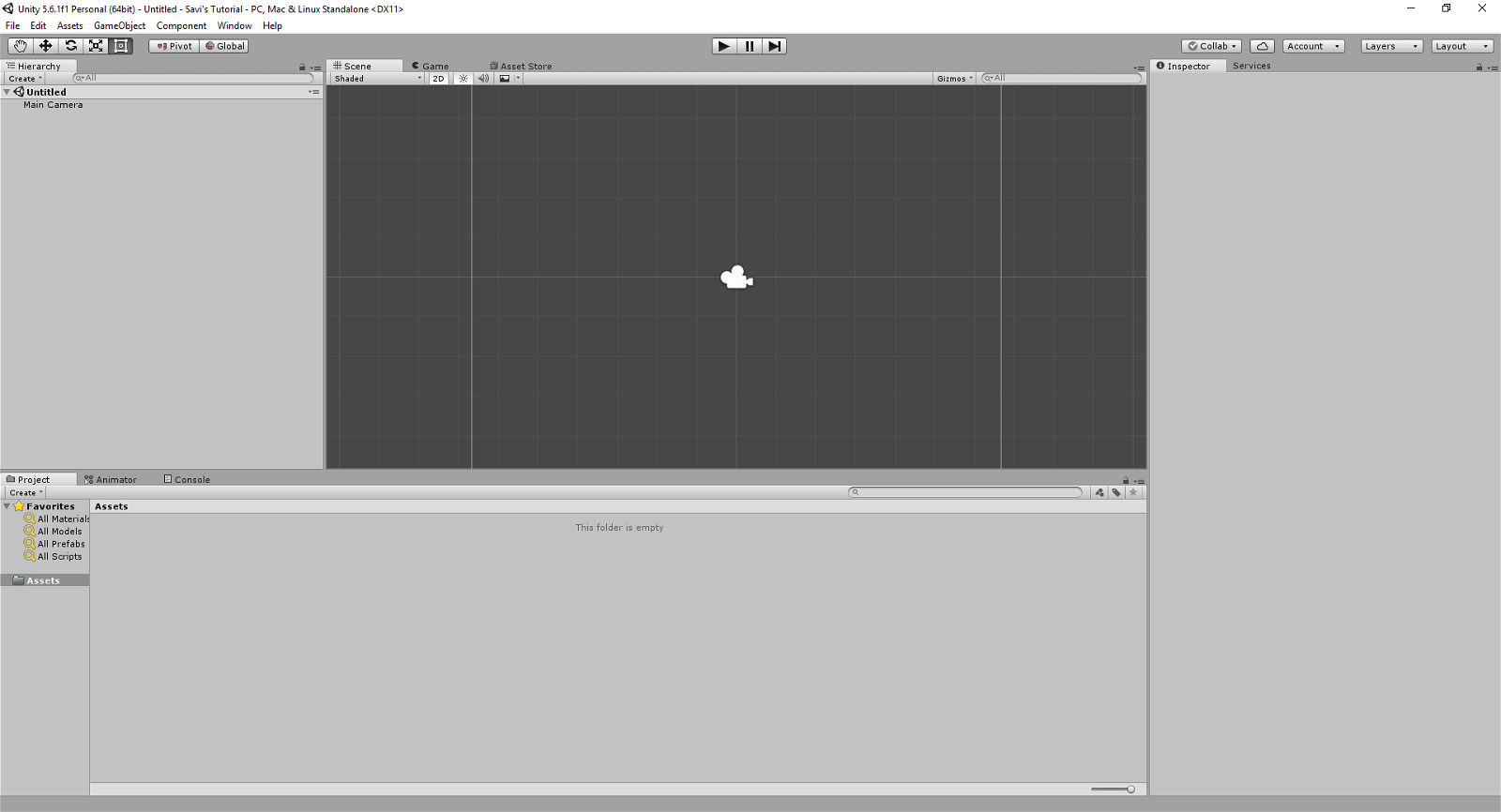 Exploring What You See The field we have marked 1 is called the Hierarchy. It's where you will be adding objects, cameras, light sources and stuff like that in your scene. We will explain more on scenes and projects later on.

Next we have field number 2. This is where the Assets of your game are stored. Assets are all the external resources that your game uses. This includes images, fonts, scripts, scenes, text files, XML files, music, sounds, videos etc.

Field number 3 is the Scene View. It's where you'll see what's actually going on in the scene itself. You'll also be adding your assets in here, dragging them around, making changes, all in the Scene View.

At 4, we have the Inspector. This is where you'll modify, add and remove components and the properties of the objects that you add in the scene. It looks empty now, but we'll get to that soon.

Number 5 is a set of Play Buttons. These buttons are used for starting up your game in the editor, so you can test your work. You don't even have to worry about the game crashing in case of an error, Unity will stop gameplay as soon as it encounters an error, that it cannot handle.

And, at number 6, we have the Console Tab. If you're familiar with programming, you'll know that all the output messages, errors, warnings and debug messages are shown here. It's quite the same thing for Unity, except output messages are done a bit differently than you think.